Photos and report of the AKJKAQ 2019 Winter Camp.

Photos of the Gasshuku international and graduation of Louis A. Dessaint Sensei for his 7th Dan rank, held at the JKA HQ dojo, Japan, October 2018.

Photos and report of the AKJKAQ participation to the JKA Panamerican Championship 2018, Peru.

Photos and report of the AKJKAQ 2018 Summer Camp.

Photos of the graduation of Jean-Pierre Cusson Sensei for his 7th Dan rank, held at the JKA HQ dojo, Japan, April 2018.

The J.K.A. Quebec karate association (AKJKAQ) is a non profit organization that has been in existance since 1991. It regroups dojos from the Shotokan style that are affiliated with the Japan Karate Association (JKA).

Shotokan is a traditional style of Japanese karate developed by master Funakoshi Gichin.
It’s a hard and rectilinear style, centered on power, but which also includes some fluid and circular techniques.

Who is Master Funakoshi Gichin?

He is the father of modern karate-do. Funakoshi Gichin was born in Okinawa.
He practiced karate under the guidance of Azato Anko and Itosu Anko.
Master Funakoshi Gichin introduced karate in Japan at the beginning of the last century and modified it in order to introduce it in the academic system. 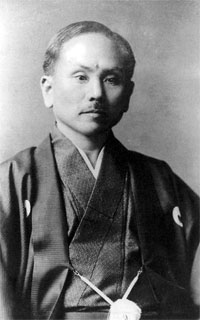 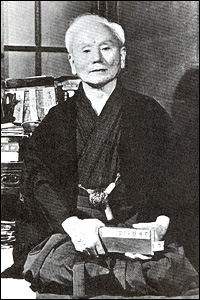 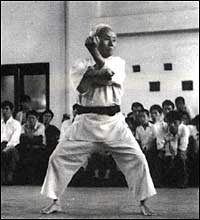 What is the JKA?

It’s the Japan Karate Association founded in 1949 by master Funakoshi Gichin and M. Nakayama. The JKA was officially recognized by the Japanese ministry of education in 1957. 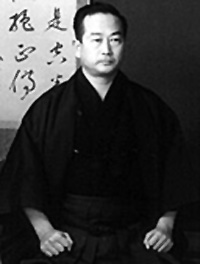